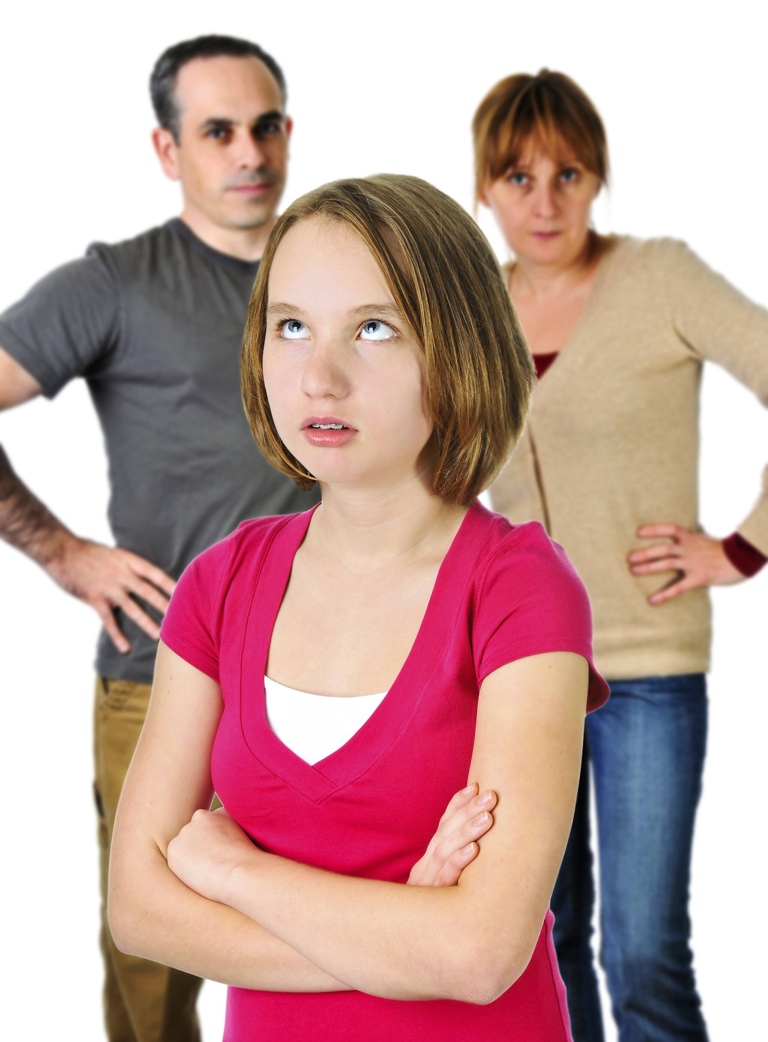 *If you are not a stepparent you can pretend to be as you contemplate the 3 “step” scenarios at the bottom. Haha-enjoy the stress! *

Ugh, the title. I know, this is a difficult subject.

This is a subject that can easily ruin your day…in an instant.

One minute your family is having a pleasant day, the next minute a child (maybe a stepchild) acts up, you say something, and things get heated between you and your spouse. All of a sudden you are thinking “how is this going to work”?! Seriously, you will reconsider everything about your decision to get remarried and take on this step parent role. 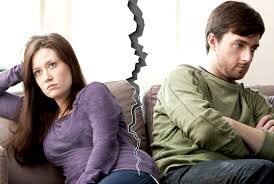 **Yes, this can happen to any regular set of parents but to a set of stepparents this is different. Trust me.**

There are countless issues that come up as you begin blending a family and disciplining children is a BIG ONE.

You might think that Matt and I don’t struggle with this because both of our spouses are deceased, but we do. Actually, because we are our children’s only parent we really need our NEW spouses to be able to be the other parent.

Deciding how to discipline each other’s children brings up questions such as: Who is deciding the rules in our home? Who is the enforcer? What do you do if you don’t agree? What happens if you decide you no longer like one of the agreed rules? What happens when the children don’t follow the rules? What if there aren’t any/enough rules?

Because you are not the biological parent you will then question your stepchild’s reaction to your discipline plan. Will they hate you? Maybe. Will they tell all their friends that you’re mean? Probably. Will they complain to your spouse about you? Possibly!

There’s just no way around it, this is just one of those awkward pieces of blending two families together and it’s the worst. Mainly because what starts out about the child results in stress between you and your spouse.

For me, I have years of experience in disciplining other people’s children. I’ve worked in daycare, taught preschool/Pre-K, and School-age children. Telling kids what and what not to do was my job! So I thought I would have no problem staying at home and raising all of these children the same….boy I was wrong.

A few months into my new marriage I was watching my stepchildren exhibit behaviors that I didn’t like and strangely I felt like I couldn’t say anything…and I am the type of person who always speaks my mind! I was like a boiling teapot all day dealing with the kids, trying to be nice, and then Matt would come home and ask about my day and out came the steam! That’s never good for a new marriage.

I never wanted to say I needed help or was having any issues with the kids because I didn’t want to fight with my new husband. I just wanted to enjoy being together and being newlyweds! But after awhile, real life set in and we had to get down to figuring out how to parent together.

We started out with me telling Matt a few things that I was having a hard time with about the children and Matt would tell me “I’ll talk to her/him about that”. Well, that just frustrated me because then he and the child would be down the hall talking about what was upsetting me (I wasn’t in the conversation) and then it felt like I was tattling. It just created a worse situation. This method of disciplining did not work for us.

We then tried other methods of handling behavior and some worked and some DID NOT. For example: Matt would correct my boys (instead of me) and then I would get mad about that. At times I made him feel as if he wasn’t allowed to parent MY KIDS. This was NOT a successful method and I had to change that about myself. Matt needed to have a voice in the home as a parent and I needed to let go of my parental control–THIS IS REALLY HARD but can be done. 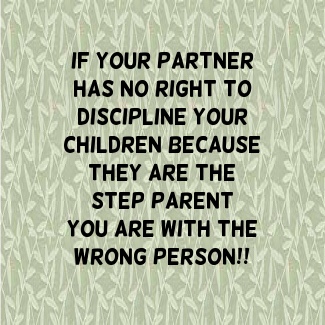 One of the hardest things about disciplining, for me, has been allowing my new spouse to have an equal say in rule making and carrying out the discipline. Again, I have had to let go of that control and be a partner. For some people this is a struggle!

And I’m not gonna lie, hearing Matt get after my kids was hard at first, but now I am grateful. We weren’t a team in the beginning (I was doing everything solo) and we had so much conflict, but now we are a joined force. It’s working so much better!

Other ways we dealt with discipline were:

—I would discipline one way with his kids and another with mine. I was easier on his kids, harder on mine, then easier on my kids, harder on his, etc. Don’t do this. It’s really hard to be even but it’s necessary.

—I tried being “nice” so the step kids would like me…only to end up being walked on and then I was angry. Don’t do this, just be yourself from day one.

—I’ve tried “being tough” only to sound like a wicked stepmother but I felt nothing else was working.

—And at one point I even told Matt to get a nanny to watch his kids instead of me caring for them because we just couldn’t agree on some issues. I don’t suggest this either. Bad idea.

We even discussed the method of “you take care of yours and I’ll take care of mine” way of disciplining but it’s just not realistic in our situation.

After three years I’ve learned a few things through trial and error: everything takes time, a lot of patience, and a little bit of faith that it will all work out.

We are still working out the kinks and I’m getting better at knowing when I should handle something myself and when I should reach out to Matt for help.

I have also discovered that I cannot take things personally, that I get along better with the children the more I get to know them, and that respect is essential. 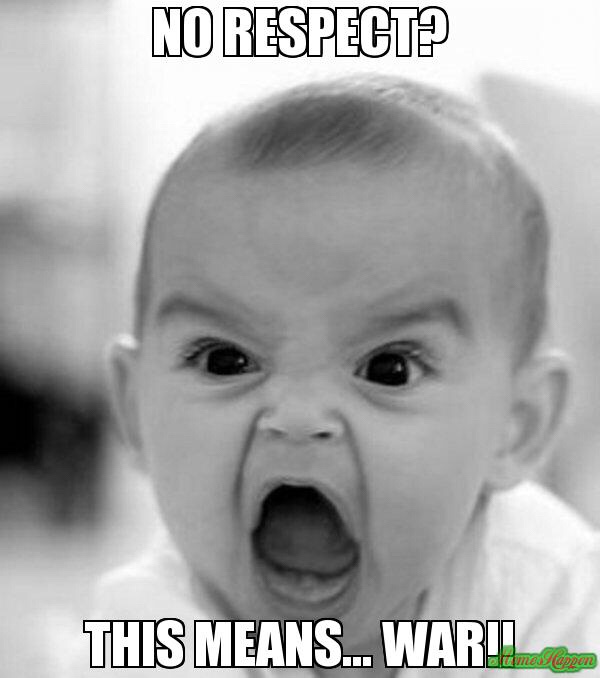 If you are struggling with this very topic just keep trying and MOST IMPORTANTLY keep loving your spouse. This topic can split you right up. So keep up those date nights!

Just for fun I’ll leave a few “step” scenarios of issues I’ve seen online that you and your spouse can discuss or maybe relate to. Sometimes just talking about a “fake” issue can help you resolve a real one when it comes up. Good luck!

Step mom has 2 teenage stepdaughters who boss her husband (their dad) around. They even go as far as to demand food to be made for them (and he does it) as they sit on the couch on their smart phones. Whenever stepmom attempts to tell dad to have his daughters do things for themselves they end up in a huge argument. He does everything for these girls.

Stepdad is trying to form a relationship with his 2 stepchildren: a boy (age 8) and a girl (age 6). When they are at his home for the week, it takes a little while for them to warm up but they soon begin to all have fun. THEN, as always, the biological dad insist on making his daily (sometimes multiple) phone call. He tells the kids all the things he is doing without them, along with all the fun, and both children eventually end up crying and asking to go back to daddy’s home. This happens often.

Scenario Three–this is on just about every step parenting forum

Stepmom prefers a clean house but step kids do not clean up after themselves when they stay the week/weekend. From the time they arrive till the time they go home they don’t clean up after themselves or do any of the household duties. Stepmom had repeatedly told their dad that this is bothersome (she would like them to have chores) and his answer to the problem is for HIM to do the cleaning.

I would love to hear how you would solve any of these!

*all images found on google

11 Replies to “Figuring Out How To Discipline Your Stepchildren. Yuck.”